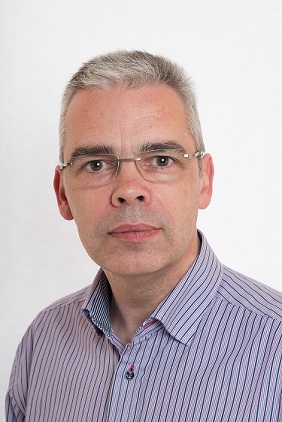 Rev. Paul Acheson is the Pastor of the Church.

He lives in Newtownards with his wife Sharon and their two sons, Timothy & Philip.

At the invitation of the membership of Newtownards Congregational Church and following the call of God, Paul was ordained to the Ministry and was installed as the Minister on 30th December 2011.

Rev. Acheson was brought up near Coleraine, Co. Londonderry.

He went to the Faith Mission Bible College where he studied for three years.

Additional studies were also completed with Trinity College in the States.

From September 1994 until December 2011, Paul worked with the Faith Mission as an Evangelist in Scotland, Republic of Ireland and Northern Ireland.

From June 2006 he also had the responsibility of managing the Faith Mission Conference Cenre in Portadown.

Paul and his wife Sharon are now both fully engaged in the work and ministry of the Congregational Church in Newtownards.